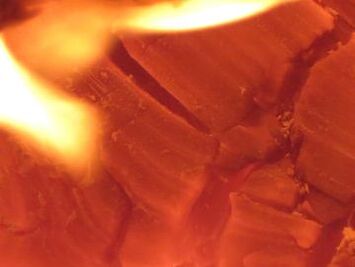 Civilization as we know it has been swallowed up in a world re-wilded.  As the vestiges of the last known community battle a mysterious sickness, they comfort each other with songs and stories that tell of Healers who hold the key to survival. And when the journeyers ventures forth to find the Healers, what they discover in the lush and mythological Green will change everything...

​Inspired by the archetypal hero's journey, After the Fires offered a story of wonder and resilience in times of darkness. Lush with the physical imagery TLA's work is known for, After the Fires provided a new mythology from old bones. Live scoring by cellist Emily Dantuma and vocal compositions by Walken Schweigert lent an evocative soundtrack, and audiences were transported into a world both old and new. 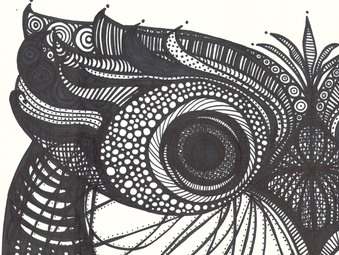 ​In a temple on a mountaintop live a sisterhood of warrior priestesses, dedicated to the goddess Athena. But when a talented young novitiate joins the order, a shift in power threatens to tear the community apart.

Inspired by Medusa's origin story, scored by composer/musician Walken Schweigert, and reimagined by an all-female performing ensemble, The Devout wrestles with themes of sisterhood, victim-blaming, and systems of power. Critics called it "absorbing" (Pioneer Press) and "an apt metaphor for the theater company itself, which draws its uniquely enthralling power from a deeply collaborative ethos" (City Pages). 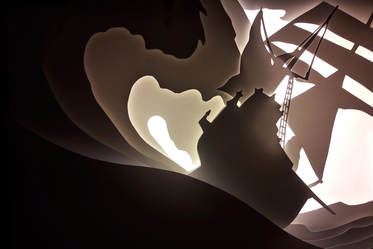 ​A wealthy merchant dreams of adventure and takes to the seas. Does he know how to sail? No. Does he command the loyalty of a seasoned crew? Not exactly. But he did buy a boat, and that's a start. All that's left to do is outrun the British navy, outfox the Spanish galleons, and avoid the wrath of Blackbeard himself. How hard could piracy be?

Inspired by the story of "The Gentleman Pirate" Stede Bonnet, The Privateer  explores the strange world of the golden age of piracy, where the lines between legal and illegal, moral and immoral could be erased on a whim. A captain and his crew could go from criminals to legally-endorsed agents of the Crown and back again in an instant. Bands of brigands and thieves became more equitable and democratic than their more respectable peers. It was the only place that outcasts of society could rise and make their fortunes, and it was a place where one clueless individual could get himself into a lot of trouble, no matter how much money he had. 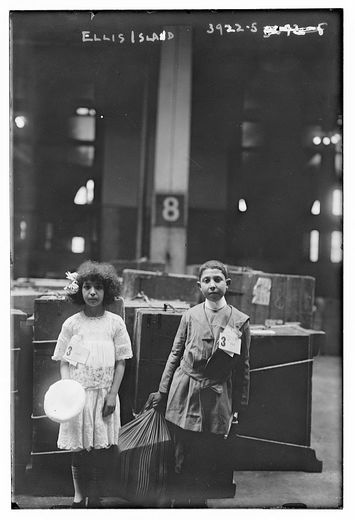 
​This new work re-imagines the story of Hansel and Gretel as a tale of immigration, and investigates what forces can compel one to leave their family and home, to venture on a journey through the dark and tangled unknown in search of something better. And at the end of the voyage, if the promised land of plenty is nothing but a spun-sugar veneer... what then?

Presented at the Guthrie Theater's Dowling Studio as part of their Level Nine Initiative, Promise Land struck an emotional note at an important moment in our nation's history. It sold out nearly all of its 14 performances, and was hailed by critics as "a wondrous mosaic" (Star Tribune), "tragically timely" (City Pages) and a piece that "elegantly transcends the myopia of the moment" (Pioneer Press).
​ 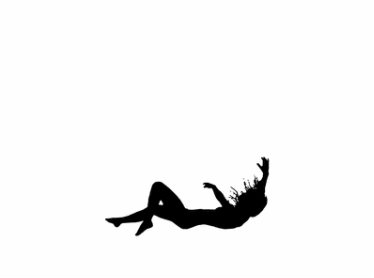 Everything changes in an instant...
When a young woman (Emilie) falls into a coma following a catastrophic accident, her loved ones must walk the line between impossible hope and inexorable grief; learning when to fight, and how to let go.
Meanwhile, on the other side of the veil, Emilie embarks on a journey apart...

Developed over two short-term workshops with members of the ensemble and local theater darling Sally Wingert (as part of the McKnight Works in Progress 2015) and a four-week rehearsal process, Emilie/Eurydice had its world premiere at the Illusion Theater in November 2015.  Set in contemporary NYC and grappling with issues of trauma, brain injury, and ambiguous loss, critics called it "creative, moving, and achingly romantic" (HowWasTheShow.com), "a tender show that grabs your emotions... as beautiful as it is breathtaking" (Star Tribune), and "an elegant and moving story" (L'Etoile Magazine).

105 Proof; or, The Killing of Mack "The Silencer" Klein 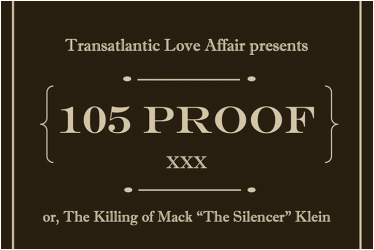 Transatlantic Love Affair tackles a dark tale of ambition, revenge, and the seedy underbelly of the criminal world in this new work.  Set in Prohibition, era of the Tommy gun and the speakeasy, a small-time bootlegger will discover the true cost of moonshine.

105 Proof; or, the Killing of Mack "The Silencer" Klein marked TLA's return to the MN Fringe Festival in 2015, after a year hiatus.  It was praised by audiences and press alike: City Pages' Ed Huyck called it "a breathtaking achievement... 105 Proof isn't just one of the best shows of the Fringe  It's one of the best shows of the year."  The production was also lauded by the Pioneer Press and Star Tribune, and given an average of five-star reviews over 72 online audience reviews.  It was the fifth-top-selling show of the 2015 festival. 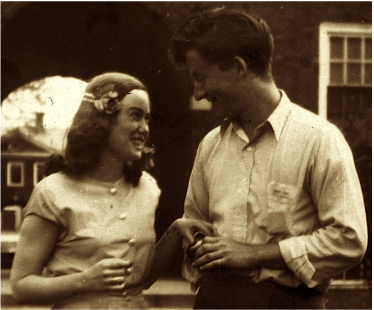 
Inspired by stories from the ensemble's own families, These Old Shoes investigates the richness that comes with a lifetime of memory and experience. Surrounded by moving boxes and a grandfather clock, an old man is learning to say goodbye as the time approaches to leave his life-long home for a "retirement community."  Brimming with humor and heart, this story of second chances follows the breadcrumb trail of memory in hopes of finding something that once was lost.

Transatlantic Love Affair’s fourth production, These Old Shoes, premiered at the 2013 MN Fringe Festival and was the top-selling show of the festival out of 176 productions.  Audience reviews averaged 5 stars over 98 reviews, making These Old Shoes the most audience-reviewed show of the festival.  TCDailyPlanet’s Jay Gabler wrote that “the qua﻿lity of work﻿ that has made [TLA] into a Fringe juggernaut has not been compromised by the shows’ richly-deserved success.”  Its 2015 remount at the Illusion Theater was hailed as "a quietly moving production that sometimes feels like three-dimensional poetry..." by the Pioneer Press and "an achingly lovely show" on theater blog Cherry and Spoon. 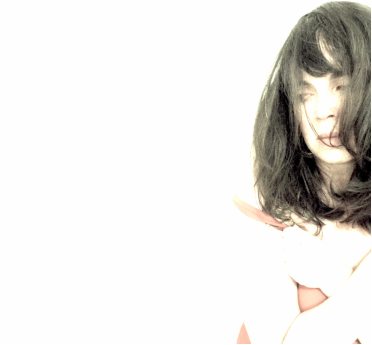 You are in a room. You don’t know how you got there or how long it’s been. You don’t know why they are doing these things to you. You still know who you are - but for how long? Physical theater ensemble Transatlantic Love Affair presents an original investigation into the dark corners of human nature.


Solitaire represents Transatlantic Love Affair's first appearance in the Twin Cities Horror Festival, and a foray into a much darker world.  Largely movement-based and featuring an all-female cast, it was named one of "three to see" by the City Pages, and was rated 5 stars by TCDailyPlanet's Matthew Everett. 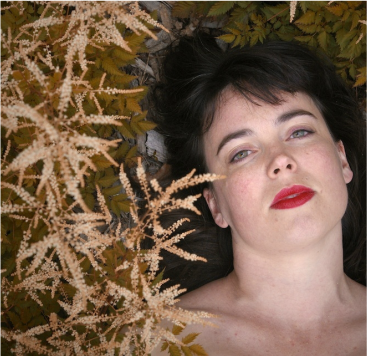 
An innovative imagining of the Cinderella story inspired by economic hardships past and present, Ash Land is a story of love and self, lost and found.  The ensemble uses their signature style of physical storytelling to breathe life into the arid landscape of the Dust Bowl in a striking piece scored by old American spirituals and new compositions on slide guitar.

Ash Land, directed by Diogo Lopes, debuted at the MN Fringe Festival in August 2012 and made Fringe history by selling out the 460-seat Rarig Thrust venue, winning the Audience Choice additional performance, and becoming the best-selling show of the Festival’s 19 years.  Ash Land also received the most audience reviews of the 163 MN Fringe productions, maintaining a five star average over 122 reviews.  The Minneapolis Star Tribune’s Graydon Royce called it “dynamic”, and TCDailyPlanet’s Matthew Everett praised it as “ensemble created work of the highest order.”  Based on their consistent artistic strength and success, in August 2012 TCTheatreConnection.com dubbed Transatlantic Love Affair “the Pixar of the Twin Cities theatre scene.”  Like its predecessors, Ash Land enjoyed an expansion and remount at the Illusion Theater as a part of their Lights Up! Series. 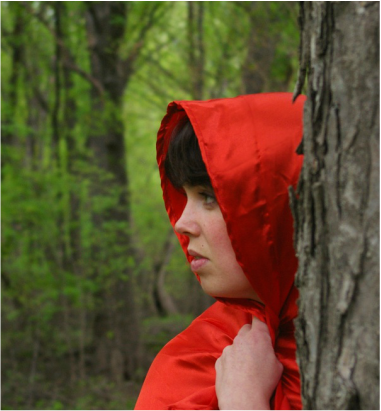 
A walk in the woods is a rite of passage and wolves are not what they seem. Follow us into the deep, dark forest as we re-imagine the story you thought you knew. This ain't your grandma's fairytale...

Red Resurrected premiered at the MN Fringe Festival in 2011.  It was voted Outstanding Production, Outstanding Direction (Isabel Nelson), Outstanding Female Performance (Adelin Phelps), and Outstanding Male Performance (Derek Lee Miller) on FringeFamous.com, and eclipsed Ballad’s financial success, becoming the fourth top-selling show of 167 productions and winning the coveted Encore performance (reserved for the most popular production in a venue). Red received an average of five out of five “kitties” based on 72 audience reviews, and critics raved: “Astonishing… such a rich, full evening of theater that words can't really do it justice” (Matthew Everett, TCDailyPlanet).  At the end of 2011, Red Resurrected was recognized again as a Top Ten Show of 2011 by TCDailyPlanet (#2), and by Meena Natarajan of Pangea World Theater as “The Best Show of 2011” on MN Playlist.com.  In February 2013, Red Resurrected was expanded to a 75 minute piece at the Illusion Theater, and was lauded by the Pioneer Press for its “potent physical poetry.”

Ballad of the Pale Fisherman 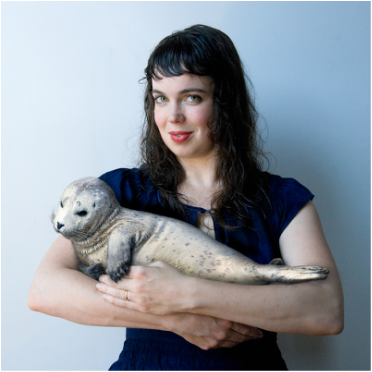 ﻿What happens when a fisherman falls in love with a woman who happens to be a seal? Faced with the dueling calls of land and sea, which will she choose? Be swept away by this folktale re-imagined, with accordion.

Ballad of the Pale Fisherman premiered at the 2010 MN Fringe Festival as a 35-minute piece, where it was recognized by popular vote on (now defunct) FringeFamous.com for Outstanding Production, Outstanding Direction (Isabel Nelson), and Outstanding Female Performance (Anna Reichert).   It was also the 9th top selling show of 169 productions in the Fringe Festival, and was later listed as a Top Ten Production of 2010 (#7) by TCDailyPlanet.com.  In February of 2011, Transatlantic Love Affair further developed Ballad into a 75-minute production as a part of the Lights Up! series for emerging artists at the Illusion Theater in Minneapolis.  This extended version has since performed at the Jon Hassler Theater in Plainview, MN, and at Widespot Performing Arts in Stockholm, WI.  On September 24th, 2012, the Illusion Theatre’s production of Ballad won an Ivey Award for “Emotional Impact,” receiving one of only 4 awards out of a field of 240 productions.  Director Isabel Nelson was also individually recognized, receiving the coveted Emerging Artist Ivey Award for 2012.﻿